By now you’re probably tired of reading about COVID-19. The pandemic has turned our world upside down and changed the way we carry out our daily lives. People around the world have been told to stay home and keep distance as we’ve cycled through lockdowns, re-openings, and various levels of public health measures. It’s taking a toll on us all and taking a toll on our cities.

It’s been almost a year since the World Health Organization declared COVID-19 a pandemic back on March 11, 2020. Since then, businesses have struggled to survive, transit systems have been running near-empty vehicles, and at times, streets and public spaces have been void of any and all activity. It’s tempting to wish it all away and go back to “normal”.

Despite the vast impacts on our communities, we have learned to adapt and cities around the world are reclaiming space for people, even if we do have to physically distance. More people are using active transportation and spending time in public spaces, discovering their community at a slower, more human pace. Local governments have taken note of this and have adapted streets to further encourage it while supporting local businesses in the process.

Examples of public space changes can be found around the world in some of the largest cities, but here in Canada, smaller cities have demonstrated that they too can take positive action. Lessons can be learned from three Canadian cities that have successfully modified their downtowns and made a case for permanent changes well beyond the pandemic. 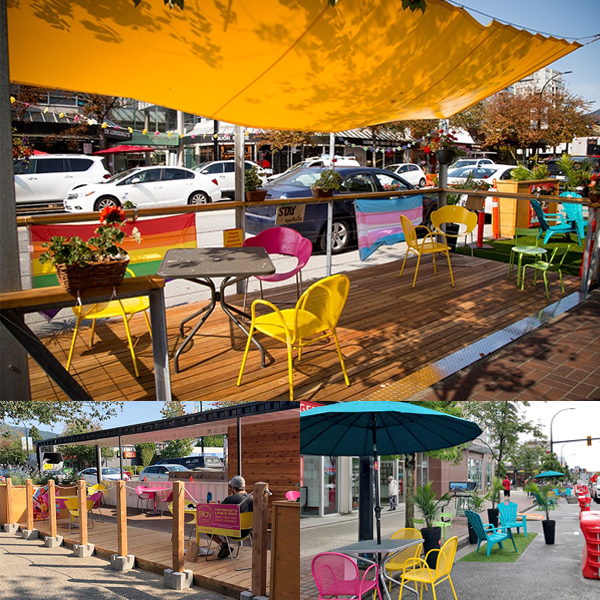 In early June 2020, the City of North Vancouver (population 53,000) transformed their main street, Lonsdale Avenue, over a five-block stretch. On-street parking was shifted inward replacing two of the four vehicle travel lanes while the curbside parking lane was repurposed for pedestrians and businesses. This approach of a “floating” parking lane maintained street parking that doubled as a buffer, shielding pedestrians from moving traffic.

The reclaimed space for people resulted in a variety of uses from art installations and parklets to pop-up patios allowing local businesses to serve customers in a safe manner. A variety of materials were used to design the additional space including movable chairs and tables, turf grass and planters, modular platforms, and even a modified shipping container. The measures were so well-received, they were extended into the fall and winter. 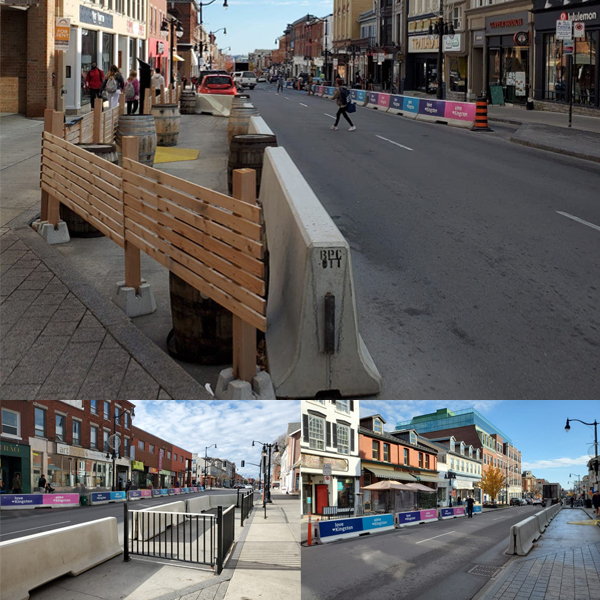 Downtown Kingston (population 124,000) undertook their own transformation, repurposing parking spaces for dining, queuing, and keeping distance while moving through the downtown. Select locations were chosen for the modifications based on consultation with business owners, providing extra patio and product display space for those who wished to have it and maintaining parking for those who did not. Dubbed “Love Kingston Marketplace”, the measures were mainly implemented over an eight-block stretch down Princess Street, the spine of the downtown, creating a vibrant atmosphere for outdoor diners and passersby. 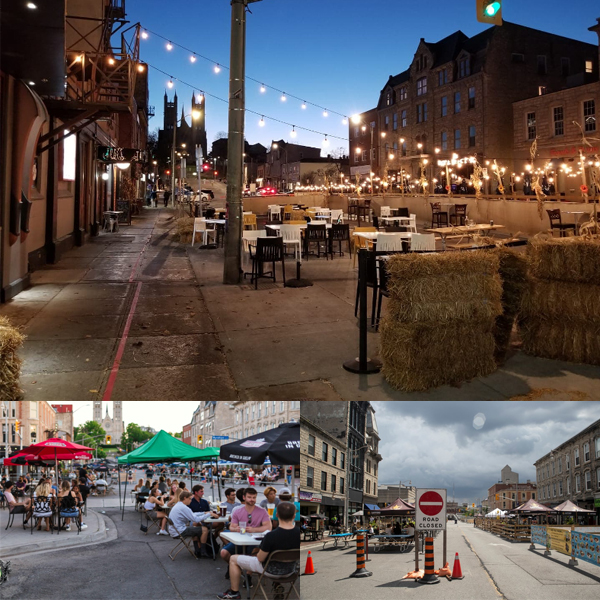 The changes made in downtown Guelph (population 132,000) are an example of a different approach to reclaiming space from cars. Parts of two of the main streets in downtown Guelph, centred around the Wyndham Street/MacDonnell Street intersection, were fully closed to traffic and open to people and businesses. What resulted from the closure became known as the “Dining District” as 17 restaurants expanded their patios onto the roadway.

Business-owners invested in their patios buying furniture, umbrellas, tents, patio heaters, and lighting, in addition to making use of picnic tables provided by the City. The vibrant atmosphere resulting from this initiative drew people from across the city and was largely seen as a successful undertaking. Guelph City Council has since directed staff to create a committee of stakeholders that will develop a longer-term plan to support outdoor dining in downtown Guelph.

The successful implementation of public space changes in all three cities demonstrates the demand for more public spaces designed for people. Each city took a different approach in modifying their streets and designing the spaces, but they all had the same effect. Residents took to their downtown streets and embraced the new opportunities available to them to move more freely, enjoy a meal outdoors, and simply spend time in their community.

As we move forward through 2021 and beyond, we must learn from these experiences to give the city back to the pedestrian and bring life back into our public spaces. We may never return to the normal we once knew, but I’m confident we’ll carry on with a new normal that will shape our cities for the better for years to come.

How adding a sign can expand a city's bike network 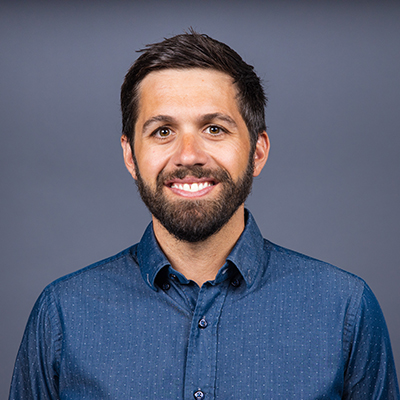