Bike-Train Tourism at its Finest in Canada

Imagine – it’s a lovely late summer day in Southern Ontario and you decide to take a day trip with your beloved bicycles by train from downtown Toronto to the iconic Niagara Falls, enjoy a cycle tour around the area, and return to Toronto for just $10. It may sound too good to be true, but I did just that with my wife in mid-August 2022. 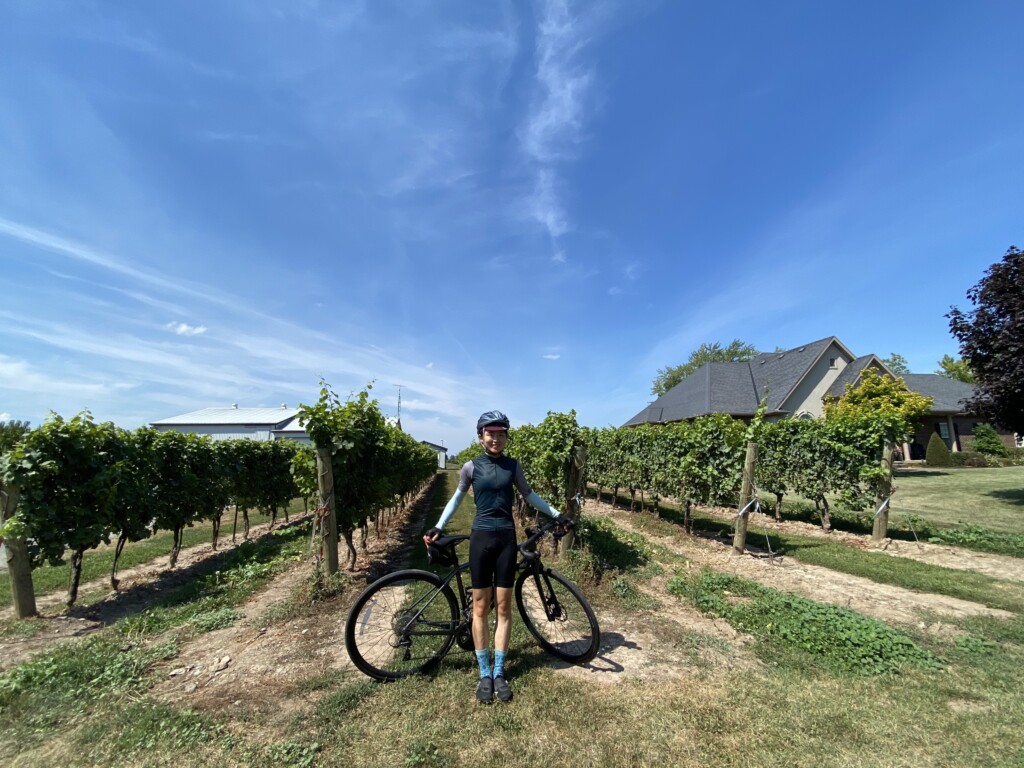 A nice day out

As we set off, we remembered that no trip is complete without a couple of hiccups. Due to maintenance and repairs on the TTC Subway Line 1, to catch the first GO Train at 8:51 AM, my wife Xiaobin and I decided to cycle from our friend’s place near Bayview Station on the north end to downtown Union Station. A 16.3km ride to be exact, mostly on arterials, travelling downhill. Although quieter, more comfortable routes were possible, including a longer route following the multi-use path through the ravine system, the straight route became our choice to cut travel time. As we cycled along, we revelled in saying hello and waving to fellow early risers on their bikes.

We arrived at the train station with 30 minutes to spare, just enough time to grab coffee and breakfast at the food court. We then loaded our bikes onto the elevator down to the platform and were directed to the end of our train where the two bike coaches were located. As luck would have it, we were the first to load our bikes, after which we headed up to the second level to take our seats. The train made multiple stops along the way, picking up many passengers, and eventually the train was full of both people and bicycles.

With the ever changing landscape of the shores of Lake Ontario passing outside our window, combined with country scenery and the occasional wildlife sighting, our 2-hour train ride felt short and very enjoyable. The final stop, Niagara Falls GO Train Station, is located two blocks from the local City Hall, but still relatively far away from the main tourist attractions. Generally, tourists arriving by train would either transfer through the shuttle bus or, like us, cycle the rest of the way, following the pathway. Conveniently, for those not bringing their bike on the train, rental shops are also available near the station.

From the station, we did a counterclockwise bike loop of 66 km, making several stops at lookouts, farm sheds, vineyards, restaurants, and other tourist hotspots. The peaches, sweet and thirst quenching, were one of our highlights. At last, we made it to the Falls where fellow tourists congregated for pictures.

In terms of the cycling infrastructure in the area, it is about 70% trails and pathways, with the remaining 30% made up of a combination of narrow highway shoulders and country roads. For confident riders like ourselves, the conditions were fine. But to truly enhance the experience and promote cycle tourism in the Niagara Region, they would benefit from a circular, higher class, AAA cycling facility.

Despite a slight delay leaving Niagara Falls and some signalling issues along the way getting us back to Union Station later than expected, it was a fun day out that showcased the finest of bike-train tourism in Canada. Convenient bike coaches, cheap fares, and quality cycling infrastructure at the origin and destination are key ingredients to the success of this model. A more punctual and higher speed train will only make traveling by train more attractive to tourists, but we completed our journey with enthusiasm – and a few extra peaches to enjoy later. Way to go, GO Train and partners!

For more information about the offering, you can visit https://www.biketrain.ca/toronto-niagara