Healthy Streets and how the Dutch build them

The International Healthy Streets Summit 2019 is taking place in Glasgow in a couple of weeks. While last year’s conference had more of a UK focus, this year’s promises to have more of an international feel (it’s in the name after all), showcasing a wealth of knowledge and experience in urban design, mobility and health from across the world. Mobility Advisor Jason Colbeck takes this as an opportunity to reflect on the Dutch approach to creating the human-scale, people-orientated places that drew him to the Netherlands earlier this year, the inspiring changes happening in other countries, and what we can learn from each other.

It’s not about bikes – but they help

Full disclosure: I cycle. I do it as part of my journey to work, to the shop when I’m too lazy to walk the unheard of 500m to the nearest supermarket, and definitely when going to another part of the city because goods, services and friends have the audacity to be located outside of my comfortable neighbourhood bubble.

In all seriousness, though. I find cycling is an inherently human form of travel. Its speed is low enough to experience our surroundings but fast enough to make many journeys convenient. The flexibility, adaptability and space efficiency of the bicycle makes it a wonderful way to move around a city. I also move around in other ways, swapping my bike for the train for the rest of my commute to work, sometimes taking the tram and even occasionally walking when that 500m seems less unreasonable.

Whichever way I choose to travel or engage with my surroundings, I find that in the Netherlands more than anywhere else I’ve lived or visited, I’m supported accordingly by my environment. Travelling by modes that are healthier and more people-friendly have been not only enabled but genuinely prioritised through the planning and design of the transport network.

To a large extent this has been achieved by the Sustainable Safety principles that underpin the Dutch road traffic system. Much has already been written about Sustainable Safety and there is some very useful information and great examples of its application to help people from other countries understand how it works in practice. But I want to focus on how it has shaped the human-scale streets that inspire people across the world.

What makes Dutch streets so healthy? 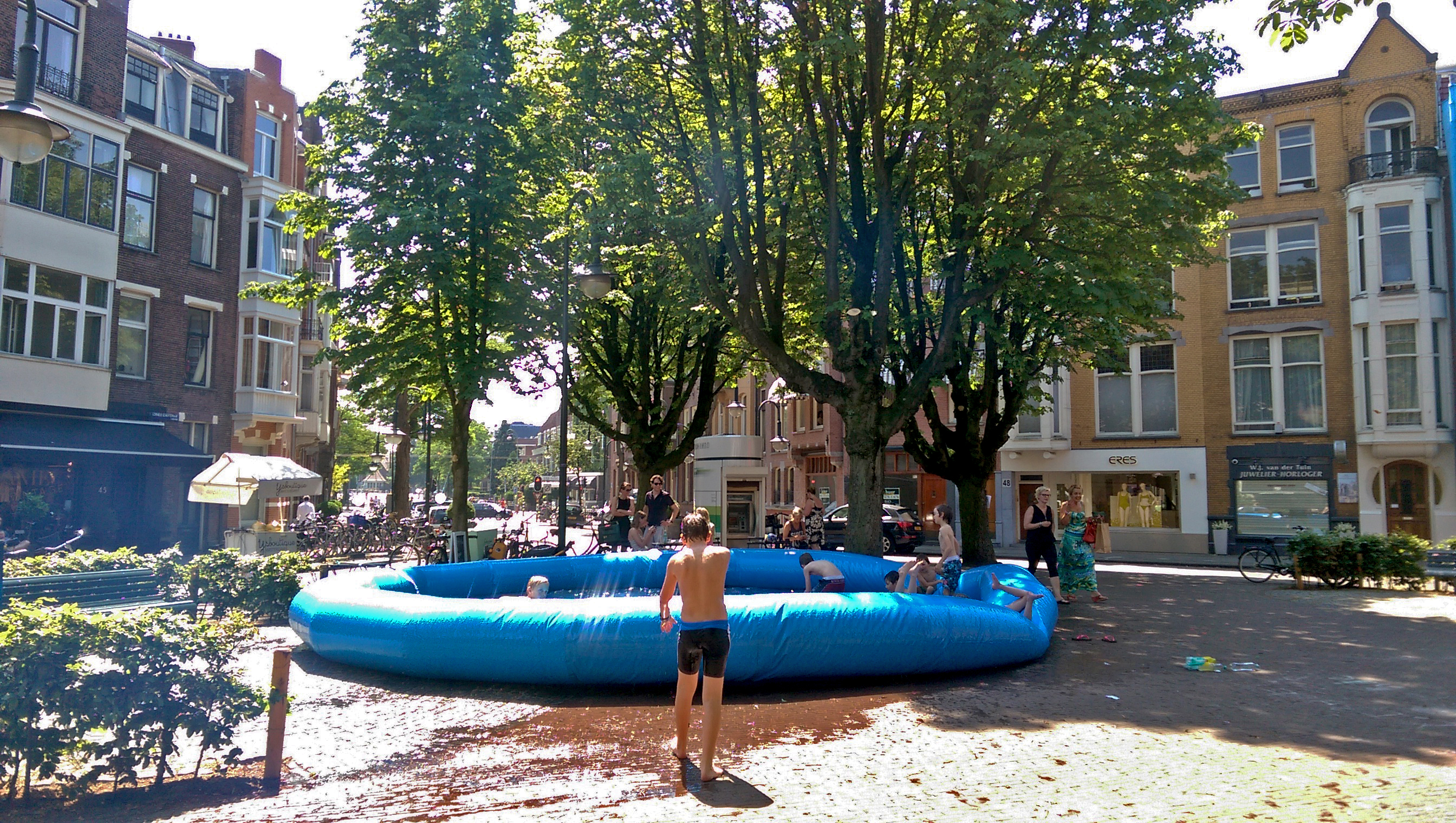 Looks pretty healthy, right? While the paddling pool is an optional extra, activities like this are a regular feature on streets throughout the country. This is enabled largely by the absence of motor traffic that would otherwise make scenes like this difficult, even unthinkable, in many other places. This isn’t by chance.

Sustainable Safety principles have helped to create the physical environments that support people-friendly activities – walking, cycling, even paddling. Either entirely incompatible vehicles and functions are separated at the network level or safe and comfortable combined use of the same parts of the network is facilitated. The result is a mix of street types that are easily recognisable and provide a clear indication of how you should use and behave in the space, regardless of your mode of transportation.

Separation where it makes sense

Through routes, intended to facilitate relatively high speeds and volumes of traffic, shouldn’t interact with human-scale activities. Therefore these routes are placed elsewhere to the benefit of all involved.

Where traffic is travelling between an origin and destination, distributor roads provide the connection. They likely have high levels of motor vehicle traffic moving at greater speeds that might reduce the feelings of safety and comfort for those walking and cycling in the same space. But what if that same street is also a convenient through route for people on bike or foot, or a popular destination for goods and services? In this case, it means providing separate space for walking and cycling, the amount of which will be determined by the speed, volume, and place within the network for the various modes. And where these streets intersect, junction design is critical, with the Dutch approach being to create protected space for vulnerable road users.

Traffic calming where it is possible

Access roads, however, are where the magic happens. By removing through traffic and facilitating comfortable movement of all modes along distributor roads, the remaining streets, comprising roughly 80% of streets in The Netherlands, are for people.

They are where people live, work, go to school and meet friends. The design language is nuanced but familiar: brick paved roads, raised crossings, buildouts and street furniture spilling out into space traditionally reserved for motor vehicles. I’ve yet to read a more thorough or insightful account of some of these elements than that of Robert Weetman, here. The speed of motorized traffic for those needing to access the street is reduced, if there is much traffic at all, having been filtered out through various techniques and network planning. Where this isn’t the case, it becomes clear there is a problem that needs to be addressed.

As a result, the space is then available to be filled with life: playgrounds, gardens and movement at a relaxed pace. Communities spill onto the street level to enjoy their spaces; I’ve seen sofas, beehives, community gardens, even a rug.

The potential calming and removal of unnecessary traffic to create healthy, human-scale streets is of course not just realised in The Netherlands. Through the use of some strategically placed modal filters and changes to the street layout in the Ehrenfeld neighbourhood of Cologne, space where street life is flourishing has been created.

In London, the Enjoy Waltham Forest programme of transport network re-organisation has seen Dutch-Style cycleways on major roads. Combined with the removal of through traffic on residential streets, this has produced demonstrable health benefits that will lead to children living longer.

Community activism is playing an increasingly important role in not just demanding change, but also playing a central role in developing ideas and a vision for how people want to use their streets. In Greater Manchester, a community-led ‘active neighbourhood’ in Levenshulme will form part of the region’s flagship Bee Network walking and cycling programme.

In Sheffield, local advocates have re-imagined the city’s streets to show the public and decision makers how they could be transformed to make them accessible, safe and welcoming, leading to engagement with the city and region to help make it happen.

Back in the Netherlands, cities aren’t standing still. They continue to push further to make their towns and cities more liveable, healthier, and better equipped to deal with the profound threat of the climate emergency and mitigate its effects. In Utrecht, the city has famously re-instated the waterway that once formed part of its historic defences and was subsequently filled in to create an urban motorway in the late 1960’s.

In Amsterdam, ever the scene of conflicts over the use of limited space, car parking is being removed from streets in some areas of the city and given back to the community as spaces to spend time, play and garden. In many of these cases, the solution has been not to eliminate motor vehicles entirely but relocate them, usually underground and at great expense, attracting some inevitable controversy. The effect at street level however is clear: greener, healthier and safer streets to be enjoyed by people and not for the benefit of moving and storing private motor vehicles.

Even with all these positive steps forward. there’s still much to do to make the transition from a transport network focused on moving significant volumes of motor vehicles to one that supports a shift to active, human-scale and healthy uses of space. Events like the International healthy Streets Summit provide opportunities for us to share knowledge and experiences and learn from global best practice. The ultimate goal? Building streets that improve the health, happiness and enjoyment of the community and the city.

If you would like to learn more about our approach to junction design join us for our masterclasses at the International Healthy Streets Summit in Glasgow the 9-10 of October and Walking and Cycling Innovations in Manchester the 3rd of December. Can’t make these sessions? Contact us about setting up a session in your area.

‘How we travel and interact with our surroundings is, in part, a product of the way they are designed. I believe best places are those in which people want to spend time or travel through because it feels comfortable – even fun! Inspired by the Dutch approach and my experience in the UK, I create environments that enable people to walk, cycle and relax, and put people at their heart.’ 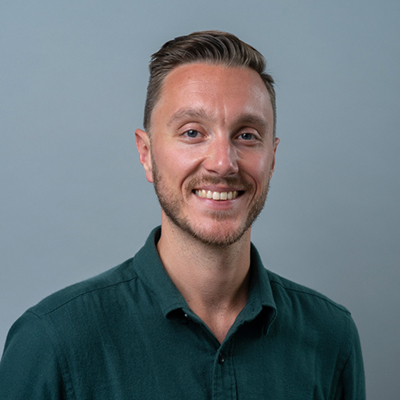 Streets as places for people: Inspiration from Amsterdam