Mobycon gets a special visit from the EU Commissioner, Minister and State Secretary

On the 27th of June members of our Mobycon team had the distinct honour of welcoming the EU Commissioner for Transport Violeta Bulc, Minister for Transport Cora van Nieuwenhuizen and State Secretary Stientje van Veldhoven to our Delft office. Their visit was part of a larger trip to Delft which included a stop at TU Delft, Delft Station and a final stop at the Dutch Cycling Embassy, who helped coordinate their visit. 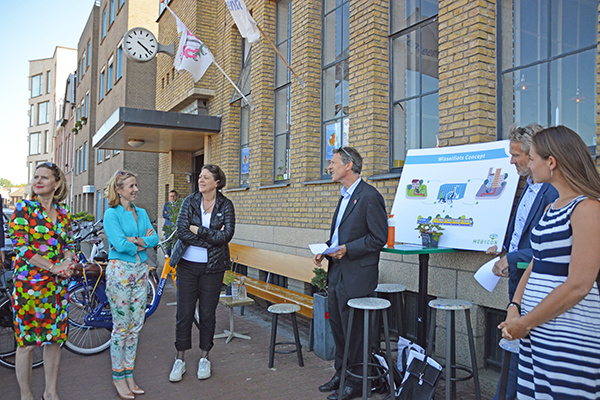 After arriving at the Mobycon office by bicycle – of course – Resource Manager David Wansink welcomed our visitors, explaining what Mobycon is and the work we do. He then introduced Shelley Bontje, Mobility Advisor, who revealed a new concept we have been working on to help alleviate bicycle parking pressures at train stations throughout the Netherlands. 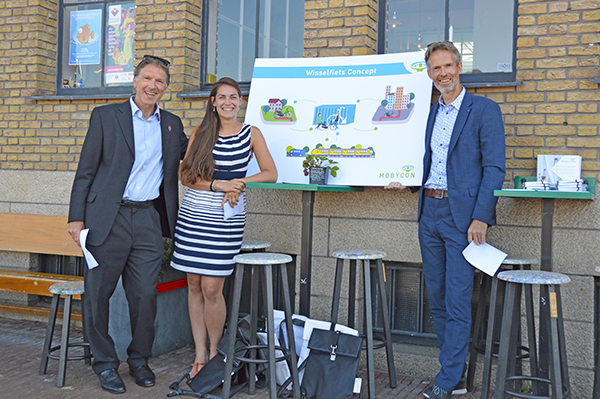 The concept – loosely referred to as an Exchange Bike program – pairs individuals arriving at a train or public transport station by bicycle with someone who will depart by bike from that same point. The concept enables them to use that same bicycle to travel from the station, to work and back at the end of the day, where it is returned to the initial user. The goal of the concept is to reduce the number of bikes parked at transit stations during work hours, opening up much needed bicycle parking spaces for users arriving outside of the traditional rush hours. 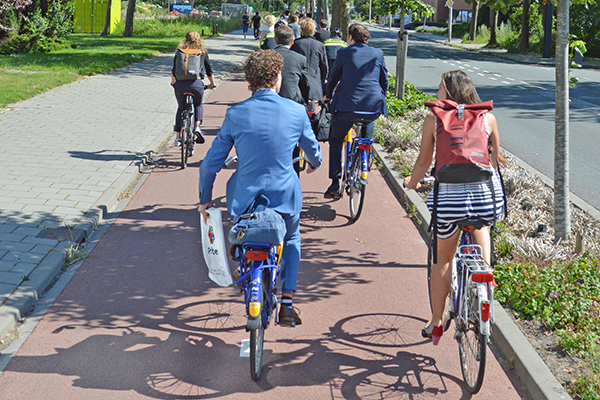 Following Shelley’s well received presentation, Senior Advisor Otto Cazemier concluded the visit with a brief description of the fietsstraat the group would travel on next as they made their way to the Dutch Cycling Embassy office. He explained the type of treatment used, and how cars are expected to act as guests in the space that is prioritized for cycles. When a reference was made to the red pavement as an indication of a cycle space, the EU Commissioner mused that she assumed that was just how the Dutch paved their streets, since all streets appear to be red! 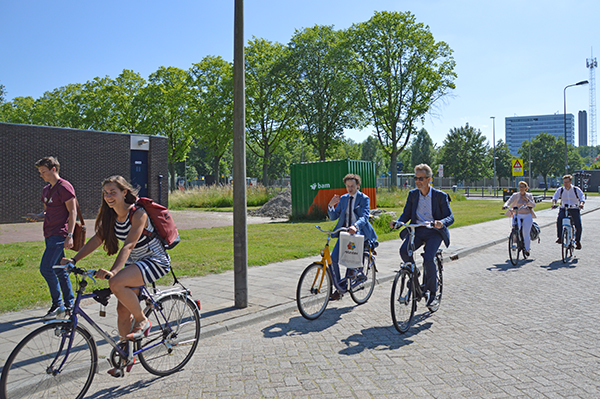 The visit finished off with a group ride, which our colleagues happily joined, taking the opportunity to connect with other guests in attendance from agencies like ProRail and NS. David, Otto and Shelley proudly represented the entire Mobycon team, starting conversations we hope to continue in the future. 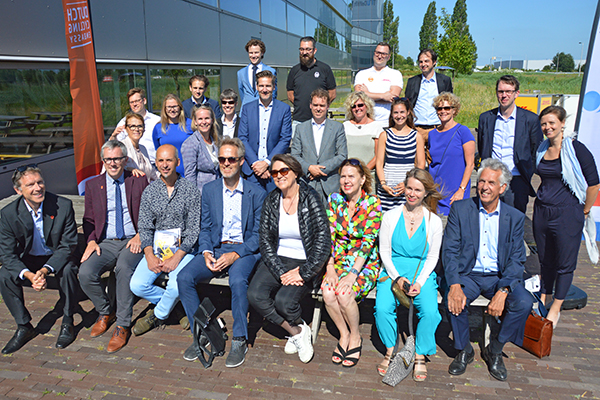