While countries around the world start to ease their pandemic lockdown, the timeline to resume international flights for travel is still unknown. As many of us are certainly itching to begin travelling but are not sure where the next destination is (probably a less populated city). To help, I would like to share my recommendations for cities to explore on bikes. They are famous for being the cultural and (once) political hubs in their countries, but less heard of for their efforts (or not) investing to encourage cycling for locals and visitors. Part of the purpose of this article is to explore the feasibility of riding in a foreign city. Another, however, is that by sharing my experiences I want to show what contributes to a great city that is popular among locals and visitors. It appears no matter how different cities are in terms of their culture, climate and geographic conditions, there are some common key ingredients that attract tourists like me to visit, namely, the ability for people to immerse themselves into at a slow pace.

My wife and I visited Chiang Mai during Christmas 2018, when the local temperature could still reach up to 30ºC in the middle of the day. Famous for its laid back lifestyle, we stayed in the centre of the city near all the ancient Buddhist temples. Our bed and breakfast host lent us two bikes for a good way to get around the city. 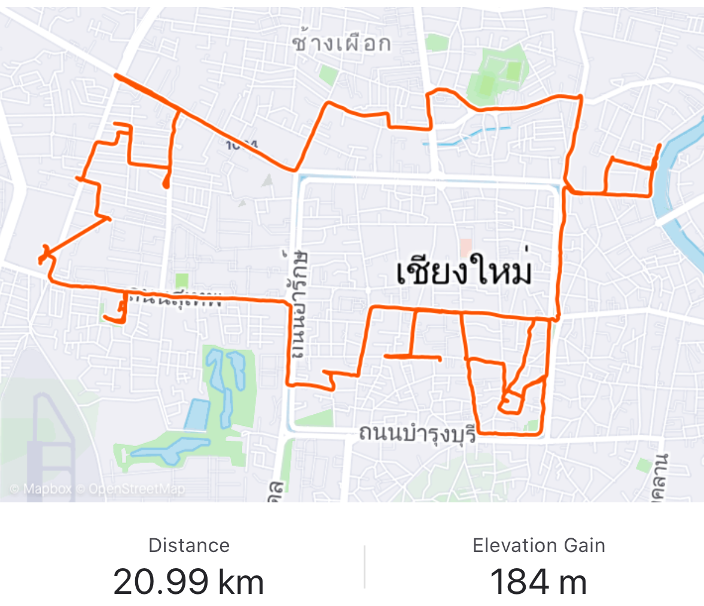 A walkable and bikeable city centre enclosed by a moat and remnants of defensive walls. Like many historic town centres around the world, the layout of Chiang Mai contributes to its friendliness to tourists; a grid network with narrow streets to filter out any through traffic, short walking blocks and bustling storefronts that make up the vibrancy of the city centre. Although the streets often have narrow or no sidewalks, forcing visitors to mix with motorized traffic, the spill-over of the foot traffic and street vendors do play a role to further calm the street and provide cyclist comfort when travelling. 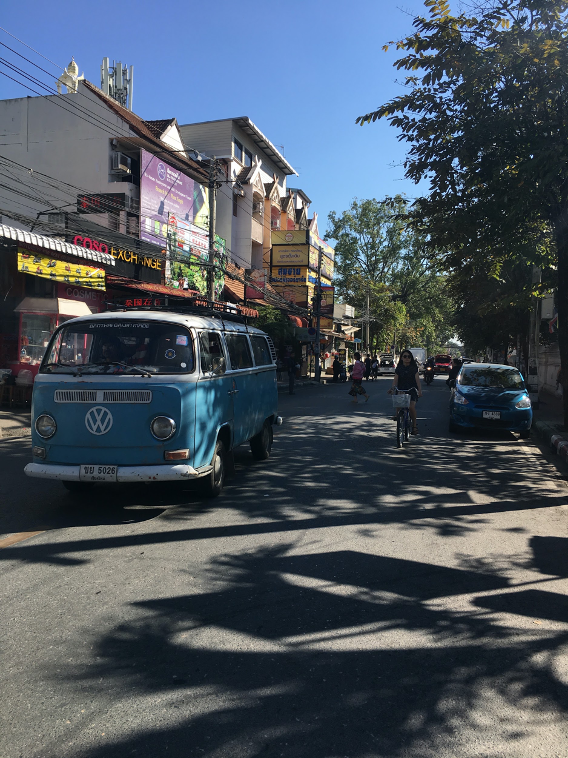 Adequate access to cycling for tourists. A lot of hotels and bed and breakfasts in Chiang Mai provide complimentary bikes for their guests. In addition to these and the numerous bike rental shops around the area, in 2018 the government launched a dockless bike sharing program which locals and visitors can access using their smartphones. The bike share program is part of the City’s vision to create a smart and sustainable city and to promote eco-tourism. NOTE: It has been reported that the service has been pulled out of Chiang Mai since the collapse of a couple of bike-sharing providers from China.

The air-conditioned tourist amenities catered to deal with the local climate. Although not directly related to cycling, I am sure few are willing to cycle in the sun and heat of the middle of the day. The advantageous provision in Chiang Mai are the Thai massage parlours with a wide price range and offering a cool respite. We experienced a neighbourhood style parlour which cost two of us 200 Baht (less than 10 CAD) for one hour service, as well as a high-end spa another day in the famous Nimman district. And although the packages end with a complimentary taxi to get the guests to their next destination, we enjoyed an awkward moment when we told them we arrived by bike.

The ring roads circulating the city centre feel like a dead zone for active transportation users. There are a limited number of access points across the ring roads due to the moat surrounding the city centre. At these access points, the crossings are rarely signalized. It makes it unsafe for cyclists and difficult to get to attractions outside of the city centre, such as the Nimman district, the Wat Suan Dok Temple and the Chiang Mai University Art Centre. According to the Buddhist philosophy, in order to seek peace we have to keep moving to confront the chaos. 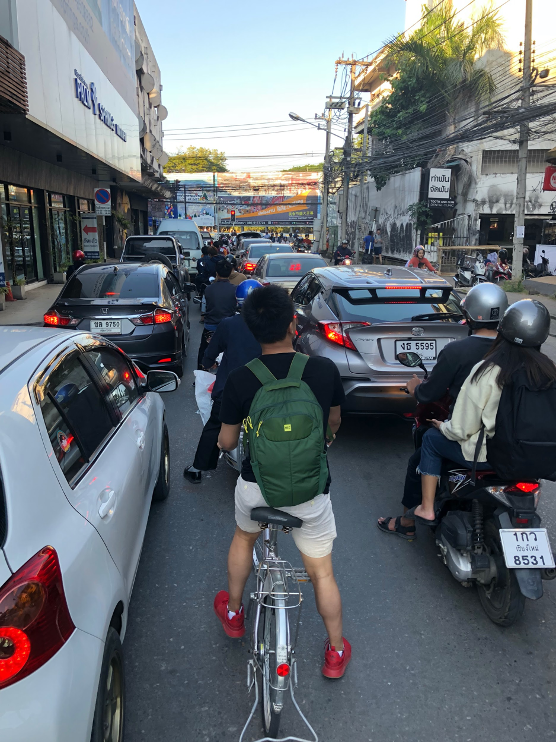 Chronic congestion and air pollution from traffic. We happened to get caught in traffic during the rush hour when suburban commuters were pouring out of the city centre. It was literally a stream of motorcycles and cars, with motorcycles searching for any gap to advance between idling cars during the gridlocks. To follow or not to follow, it’s a question…

We took the train from London to Cardiff–the capital city of Wales–in December 2019. We didn’t know anything about the city prior to our arrival but our first glimpse of the picturesque Welsh cityscapes struck as soon as we left the train station and landed into the city centre. Besides knowing Cardiff is Roald Dahl’s hometown, we also learned that this is an emerging cycling city: in 2017, 12.4% of workers cycled to work at least 5 days a week. Here are some observations we made during our 2.5-day stay.

Large areas of Cardiff’s City Centre are limited to non-motorized traffic except for permitted service and delivery vehicles. The visiting experience is further strengthened by the arcade system – a series of 150 year old Victorian and Edwardian style weatherproof shopping alleys where hundreds of local and independent businesses are present to meet the needs of locals and tourists. A great facility during the rainy December. 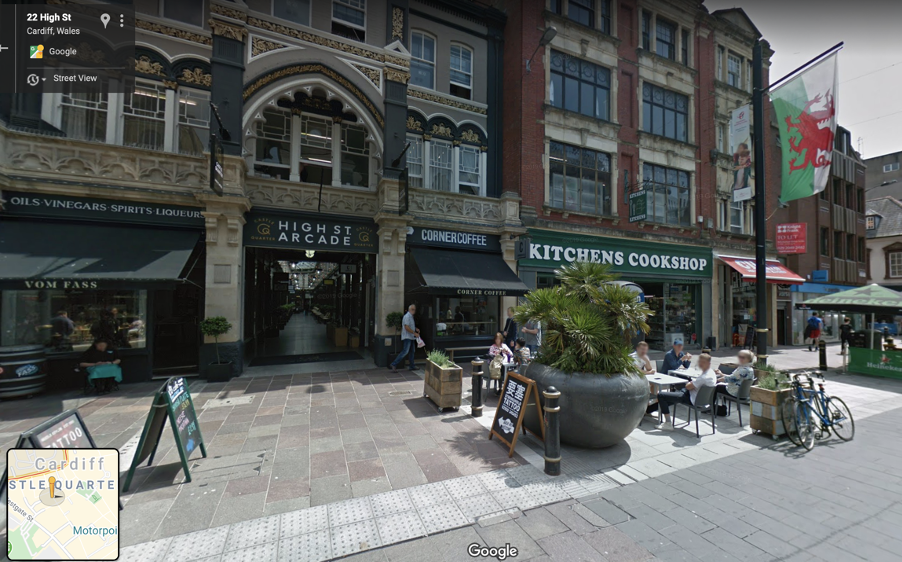 Large park space and an extensive trail network along River Taff facilitate cycling between residential neighbourhoods and the city centre. This is in part thanks to the 5th Marquess of Bute, who donated 53 acres of green land to the City that is now called the Bute Park, an essential link of the trail network. The shared use pathways also provide easy access for people to visit plenty of sport fields in the area. 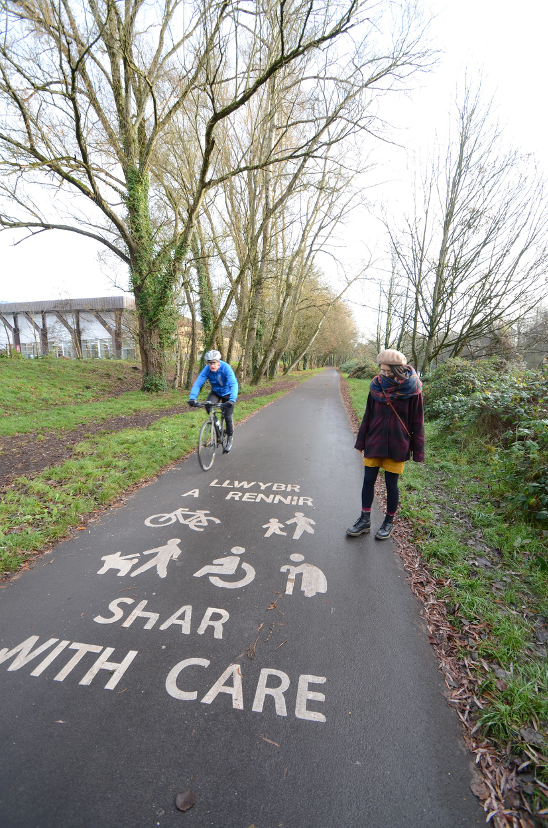 Designated cycling facilities around downtown are well defined, particularly at crossings and at intersections. Grade separation is also a common practice in Cardiff to eliminate conflicts between cycle paths and intersecting high speed corridors while maintaining level of service for each mode of transport.

For many local neighbourhood streets, there are temporary or permanent modal filters to stop cut-through traffic and retain connectivity for non-motorized users. This filtered permeability is a useful indicator for a livable and equitable city, similar to what I have experienced in Groningen, the bicycle capital of The Netherlands. 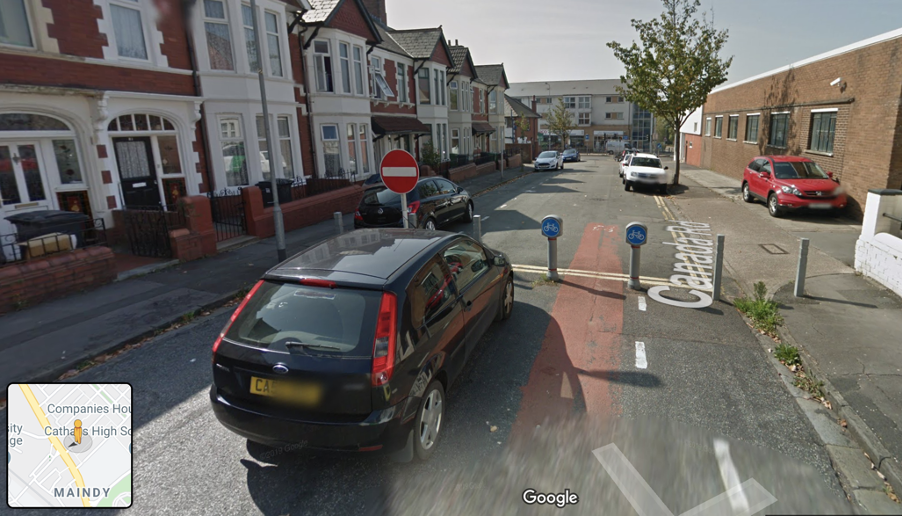 Few bike rental options. I confessed I failed to rent a bike in Cardiff. There were few options available for tourists like me in December. The bike sharing provider, Nextbike, have dotted their bicycle decks across the city, including one near my accommodation in a residential neighbourhood. Popular to the locals, this program however is difficult to access for international tourists. The option left was the one and only bike rental shop located in the Bute Park, requiring a 30-minute walk from the central train station and with reduced business hours. Overall cycling is less friendly to tourists in winter.

Aggressive traffic. I noticed how fast both private vehicles and buses were operating on the street. That’s a big challenge for cyclists with less experience or ability to mix with traffic if no other alternative facilities are provided.

My experiences in Canada’s capital are as a newcomer settling in to our new home as of February this year, and learning about this city by bike. The broader areas I explore, the more I feel like Ottawa is an underrated bike-friendly city. The way the waterscape shapes the capital region. Being situated along the Ottawa River and the Rideau Canal has gifted residents with large amounts of beautiful park lands and open space as well as a connected pathway system. Majority regulated and preserved by the National Capital Commission (NCC), the 236 kilometre long pathway system is not only used recreationally but also served as backbones for commutes using active transportation. This is because the pathways are well integrated into the surrounding residential neighbourhoods and they offer hassle-free connections to government and employment centres. Historic aspirations for space for cycling. Right now, many cities are implementing measures to reclaim road space for active transportation while allowing social distancing. What you may not know is that a similar practice was started in Ottawa in 1970! Every year between the May and September long weekends, the NCC hosts Bikeway Sundays, making the Capital’s scenic parkways car-free. The program has now extended to 50km of parkways to hundreds of thousands of visitors. This spring some parkways have been made car-free even on weekday evenings due to COVID-19. 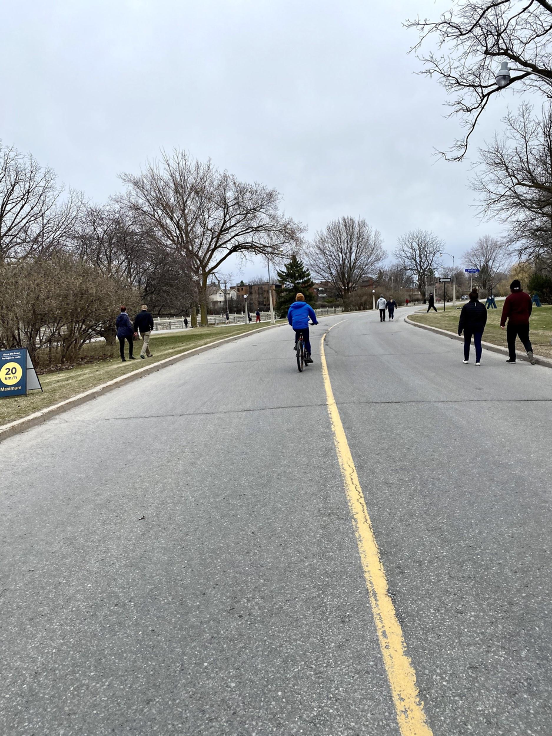 Cycling facilities with a high standard. Although a large portion of the existing on-street cycling infrastructure is still mainly paint, many newer facilities have been built to international best practices. A prime example are the number of protected intersection. Ottawa currently has seven protected intersections built in to the network and more are coming through road rehabilitation or new neighbourhood planning.

Still adjusting to being a winter cycling city. When I first arrived in Ottawa in January, it was a winter wonderland with large snow banks at street corners and curbsides. Everyday, I walked from home in Centretown to the office in Chinatown and noticed all the bike lanes (either painted or protected) that were buried under snow. The winter maintenance could be better and with a wider coverage to encourage all-seasoned cycling as Ottawa adjusts to providing safe, year-round cycling facilities.

Cycling offers visitors a slow pace to understand a city in detail and a way to cover greater distances when compared to walking. As the world recovers from the pandemic, London, UK, has announced large areas of the city are to be made car-free to allow people to walk and cycle safely. The French Canadian city of Montreal has planned to add over 300 kilometres of temporary pedestrian and cycling paths to the city. Through this crisis, cities in the world have learned the provision of infrastructure for active living is critical for nurturing healthy and resilient communities. Unsurprisingly, this is also the basis for creating a people-centred and attractive environment for visitors and tourists and thus promoting sustainable tourism.

Space for Cycling in Uganda: Planning a network of pop-up bike lanes in Jinja, Uganda 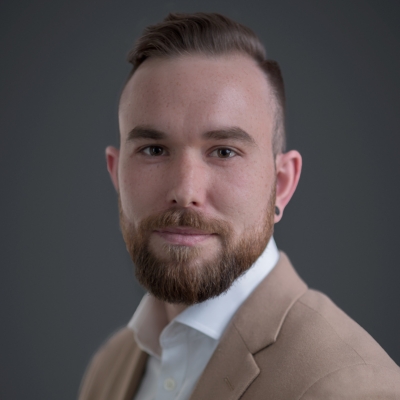 Due to COVID-19, cycling wins out over driving and public transport