How non-Western migrant women took the bicycle themselves

This is an except of a full article written by Angela van der Kloof and Patrick Bek and was originally published in Dutch for Verkeerskunde 25 April, 2019.

Mobility poverty was already on the research agenda in the 1970s, but for a long time received little policy attention and certainly did not lead to a targeted approach. Although the first studies mentioned specific social groups, one group was not included in these studies: women with a non-Western migration background. Nevertheless, these women partly took the lead in shaping their mobility aspirations themselves. 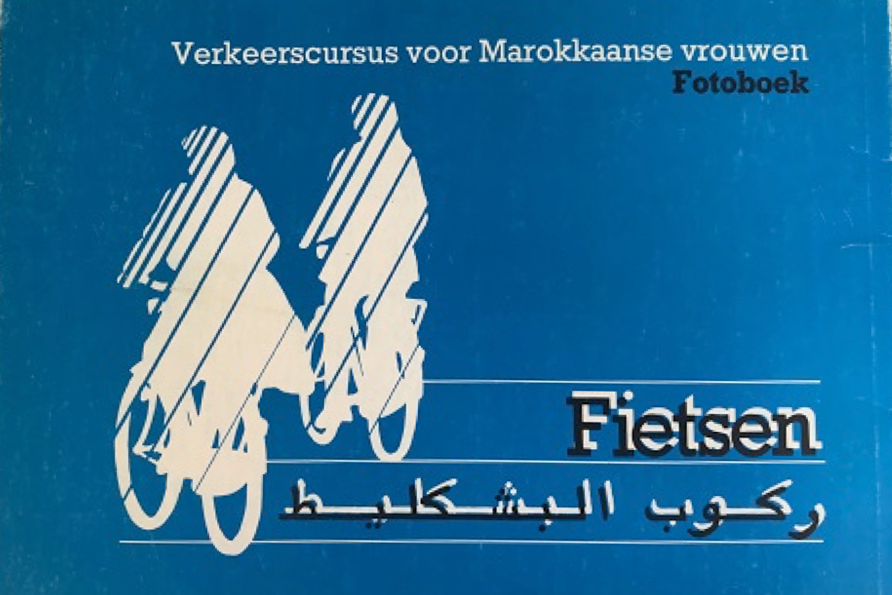 In 1976, during a symposium for Future Vision of Technology, traffic sociologist Enne de Boer warned of an “accessibility crisis for the car-less.” Post-war growth and suburbanization had led to an increase in car dependence. In line with foreign accessibility studies, De Boer pointed to the growing mobility inequality between the transport rich (car owners) and transport poor (car-less). In these studies, the emphasis was usually placed on the social impact of limited access to transport options such as the automobile and public transport. Based on car ownership data in the Netherlands and socio-geographic figures De Boer estimated the percentage of transport poor in 1976 to be between 25 and 40 percent [*].

In addition, De Boer had already identified certain inner city areas as “risk areas for transport poverty.” Domestic migration patterns indicated that non-Western migrants often found housing in these neighborhoods. When the family reunification of former guest workers started in the 1970s, they found affordable housing in these residential areas, especially after higher middle-class families moved away to the (better) suburbs.

Attention for women with migration backgrounds

Reports such as those by Enne de Boer illustrate a growing attention to the mobility and bicycle barriers for vulnerable target groups as early as the 1970s and 1980s. But where part-time working (house) women were specifically cited, women with a non-Western migration background were left out of these reports, despite living in those city neighborhoods classified as risk areas for mobility poverty. However, Veilig Verkeer Nederland (VVN) did reflect on this social group, observing that mainly Turkish and Moroccan women (and their children) generally had limited traffic knowledge and skills compared to native Dutch women of the same age group.

In the National Road Safety Plan 1984-1985, one of the measures [313.8] was therefore aimed at “traffic education for families of foreign migrants.” Supported by the Traffic Safety Directorate of the Ministry of Transport, Public Works and Water Management and the Ministry of Welfare, Public Health and Culture, VVN issued a traffic course for Turkish and Moroccan women in 1986 [*]. The teaching material built on practical experiences from an existing organization that offered cycling lessons in Nijmegen.

In 1994, MuConsult commissioned the Traffic and Transport Advisory Service to investigate the mobility patterns of indigenous Dutch people and those of residents of Turkish and Surinamese origin in inner city districts. They concluded that, after adjusting for differences in socio-economic standing, cultural differences in travel behavior were small, with two exceptions. One was the use of the bicycle. Both Surinamese and Turkish residents appeared to make little use of the bicycle compared to native Dutch people. The researchers noted that many people cannot ride a bicycle, especially Turkish women. The difference in bicycle use was explained by (1) low bicycle ownership among migrants, (2) the inability to cycle and (3) a difference in attitude towards the bicycle. In many migrant families, cycling was seen as an inappropriate activity for girls and women [*].

The report recommended that, “The municipalities allow the relatively low bicycle use of a substantial segment of their population to be taken into account in the formulation of municipal traffic and transport policy.” It even included a suggested next course of action: “One possibility is to try to promote bicycle skills and bicycle ownership among immigrants as part of bicycle policy. Courses are already being organized at the neighborhood level to teach non-native women how to ride a bicycle. It can be seen how this can be converted as much as possible into actual bicycle use [*].” Organizations such as the Fietsersbond also identified lower bicycle use among migrants, but a targeted policy at the municipal and national levels took a long time. Nevertheless, for many women with non-Western migration backgrounds, the bicycle would play an increasingly important role in expanding their travel area.

In the collection of stories, Land of work and honey: Stories from Moroccan mothers about their migration (2006), Halima tells of how her neighbor Mrs. Prins taught her how to ride a bike in the early 1980s: “First I practiced on the street, but I was stared at so much that I no longer wanted. I went to a meadow in the neighborhood with my children, and that’s how I learned it. With trial and error. […] It was perfect.”

Women like Halima saw that learning to ride a bike was essential for them to increase their range and thus increase social opportunities for themselves and their families. Volunteers and community workers in neighborhood, women’s and (later) asylum seekers’ centers also recognized this potential. They set up local cycling lessons throughout the Netherlands, independently of each other and usually requested and initiated by migrant women themselves. Gradually, former participants would become bicycle teachers, ensuring that more and more women with migrant backgrounds experienced the full potential of the bicycle.

Results of the cycling lessons

As with many local initiatives that arise from the bottom up, extensive, official evaluations of the results of the cycling lessons are often unavailable. From the studies that are available, however, we know that cycling lessons receive a high rating from the participants [*].

For example, countless women with non-Western migration backgrounds first familiarized themselves with cycling, and then got their children and other women on the saddle. In little more than 20 years the group of women with non-Western migration backgrounds in the Netherlands increased their modal split from less than 4 percent to almost 20 percent and largely on their own.

This result offers an optimistic perspective for the future. Mobility poverty is not a thing of the past and there is a great need for cycling lessons in countless neighborhoods throughout the Netherlands. Bicycle lessons provide women a safe space to learn at their own pace, get support with purchasing a suitable bicycle, and an opportunity to enhance their mobility.

NB: You can find the full article by Angela van der Kloof and Patrick Bek with literary sources on: www.verkeerkunde.nl/22019historiemobilitysarmoede [*]

An econometrist in COVID-19 lock-down