From the 25 to 28 of August, Portland, Oregon will host the Association of Pedestrian and Bicycle Professionals‘ (APBP) annual conference. Long heralded as one of America’s best cities for walking and cycling, the city will be a perfect backdrop for planners, engineers and transportation professionals to learn about best practices throughout North America and further afield.

As a part of a larger trip to America’s West Coast, Lennart Nout and Mary Elbech will be presenting at two separate sessions during APBP focusing on transferable knowledge from the Dutch Safe Systems approach and North American best practices. 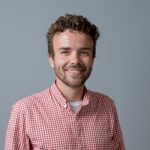 This presentation will begin with the overarching framework regarding adapting European bicycle facility designs to North America. It will discuss how US history and the resulting built environment context sets us up for challenges and how some North American cities are having success overcoming those challenges. It will then delve into the emerging best practices in bicycle facility design from Europe. This includes protected intersections, the next generation of bicycle facilities from The Netherlands, traffic calming European rural roads, and new applications of advisory bike lanes. 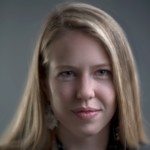 Not just a facelift for city streets, shared spaces have had an influential role in progressing the goals of a Safe Systems approach. This mobile workshop will tour Portland’s shared spaces – from pedestrian streets to urban bicycle boulevards to level surface streets. A presentation on foot, each stop will be packed full of fascinating insight, including:

Changing mobility habits: Reflections of how we move by Shelley Bontje

How equity and cycling success go hand in hand: A summary of Transforming Transportation 2020

Design streets from the outside-in