When an econometrist buys a car…

I bought my first car in November 1993, at the age of 31. As an econometrist and transport consultant, and proudly owning my first personal computer at home, I started recording all the costs and revenues of my first car, using Lotus123. When I replaced one car with the other, I continued doing so until present day, now using Excel. This resulted in 25 years of useless statistics on my car use….. 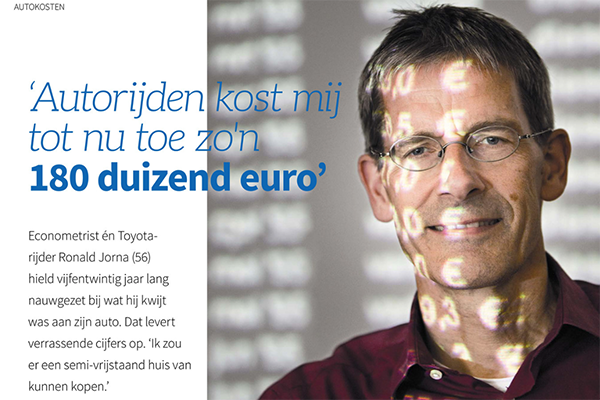 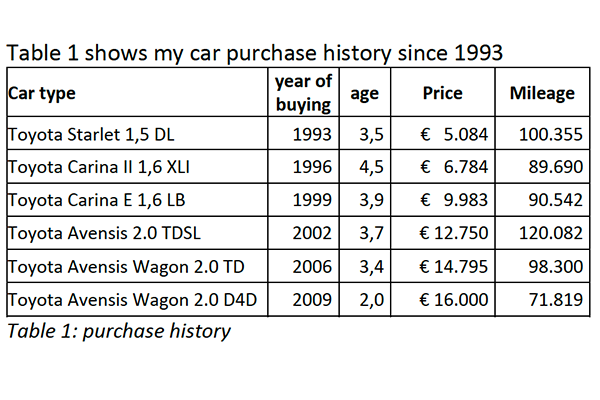 As can be seen from the table above I only bought second-hand cars, but every new car became larger and more expensive. The first 5 cars I kept for approx. 3-4 years, but when it was about time to buy a new car in 2012 the economic crisis was in full swing, so I postponed buying a new car. My current car is thus 12 years old and has over 300.000 kilometres on the clock.

Over the past 25 years I spent a staggering € 146.359 on my car, which includes all costs except parking costs. Taking into account inflation since 1993, these costs would now amount to € 179.168. For this money I can currently buy a 3-bedroom semi-detached house in my village or a 1-bedroom apartment in an Amsterdam suburb. On average I have spent annually € 7.167 on my car (see figure 1 below), which equals € 597 per month. 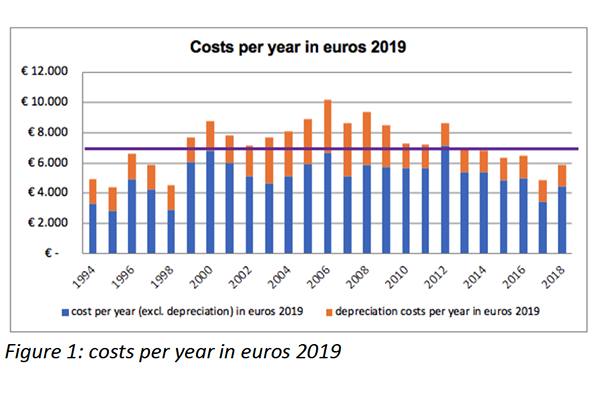 Of course these costs strongly depend on the kilometres driven per year, which are shown in figure 2 below. Average mileage was 26.188 kilometres per year, of which 92% for private trips (including commuter trips) and 8% for business related trips. 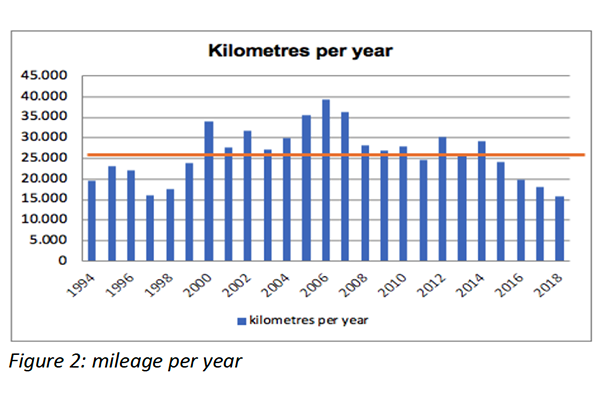 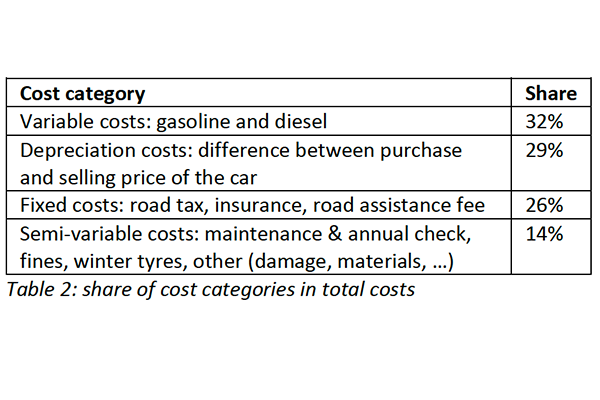 If we zoom in on the specific cost items (see figure 3), it becomes clear that the top-3 cost items are fuel, depreciation and road taxation. Of all costs 2,1% consisted of traffic fines, with an average of 2,3 fines per year. On average I drove 14,9 kilometres per litre fuel, of which 6 years gasoline and 19 years diesel. 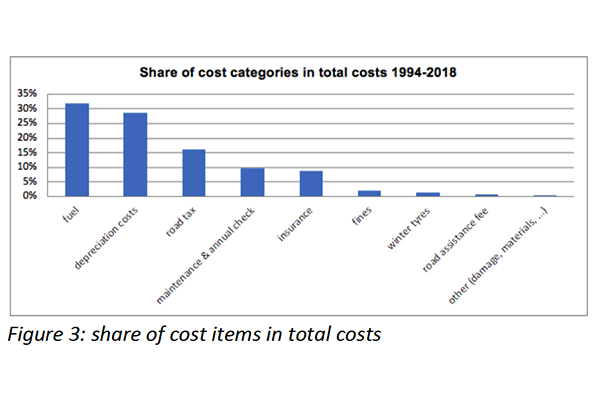 Conclusion Analysing ownership and use of six second-hand cars over the past 25 years leads to the following conclusions:

If you would like to read more about this, you can also read: https://www.mobycon.nl/blog/wanneer-eeneconometrist- naar-zijn-werk-fietst/when-an-econometrist-goes-towork- on-his-bicycle/

Bicycles and ITS: Making cycling smarter