Following her Passions from Vancouver to Delft: Meet Melissa Bruntlett

If you spoke to Melissa Bruntlett in the summer of 2012 and told her where she would find herself in the spring of 2019, she would have laughed at the thought. After spending the seven years working in cycling advocacy in Vancouver, Canada, she now finds herself in an exciting position, joining Mobycon as their International Communications Specialist this April. Melissa will be working out of our Delft office, where she, her husband, Chris, and their two children Coralie (12) and Etienne (10) relocated from their Pacific Northwest home in February. 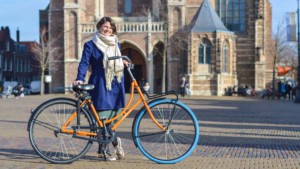 Melissa’s career in marketing and communications around cycling and multi-mobility began in 2010, as she began experiencing Vancouver on two wheels with her then very young children. Seeing how easily—or difficultly—they were able to navigate their city inspired her to begin writing about those experiences and sharing them on her blog, Velo Family Diaries, and on social media. From there, Melissa’s passion for promoting the benefits of multi-modal cities that work for everyone—regardless of age, ability or income—grew, eventually creating the marketing and communications consultancy, Modacity, with Chris in 2014.

Through Modacity, they collaborated on projects using writing, photography and film to spread the inherent positive outcomes that are created when streets—and cities—are designed for people and not the car. Their work includes the creation of film series’ like Arlington Passages for the Arlington Department of Transportation and Bike to Shops Days for HUB Cycling Advocacy, launching Vancouver’s annual Cargo Bike Championship in 2014, speaking engagements across North America, Australia and New Zealand, and writing for various publications including Daily Hive, Grist, Momentum Magazine, Spacing Magazine and Huffington Post.

In 2016, Melissa and her family began the journey that would ultimately bring her to Mobycon and to Delft. After viewing Dutch cycling culture from afar for so many years, she spent five weeks touring the Netherlands with her family, visiting Rotterdam, Eindhoven, Utrecht, Groningen and of course Amsterdam, and riding bikes among the swarms of people who made cycling just a part of their every day.

The travels became the basis for a series of articles for Daily Hive about the history, transformations and lessons from each city. Never feeling as though they were able to tell the full story in their articles, Melissa and Chris compiled their experiences and further research into the book, Building the Cycling City: The Dutch Blueprint for Urban Vitality, which includes interviews with Mobycon specialists Angela van der Kloof and Lennart Nout.

While touring North America with the book, Melissa had opportunity to connect with Johan Diepens, Elizabeth Allingham, and Justin Goulding in Ottawa. During that visit, she presented the idea of joining the Mobycon team as a communications specialist. Chris had accepted work at the Dutch Cycling Embassy in Delft and their family was already planning a move there in early 2019. Having worked for Urban Systems, an urban planning and engineering firm in Vancouver for a few years as their Digital Communication Specialist, and her continued work with Modacity, it was a great fit.

In her role as International Communications Specialist, Melissa looks forward to further supporting and sharing the work her colleagues have been doing throughout Europe and North America and strengthening our online brand and digital presence in current and new markets. She is also excited about this newest family adventure with her family in Delft, adjusting to a new culture, learning a new language and enjoying the cycling lifestyle she’s been dreaming about since that first trip in 2016. 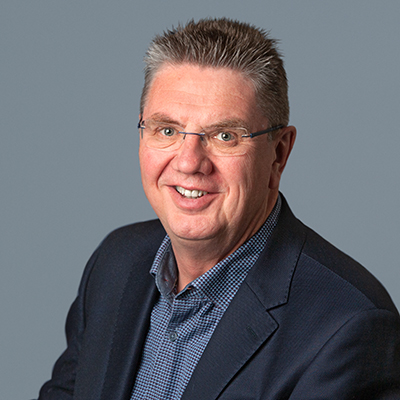